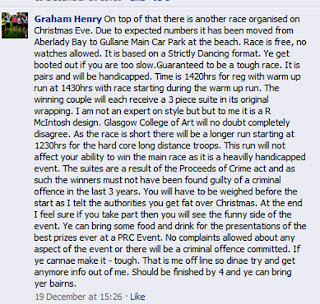 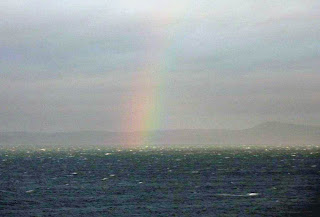 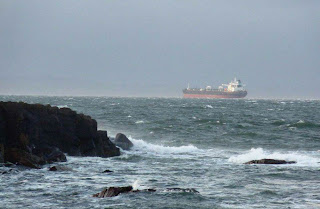 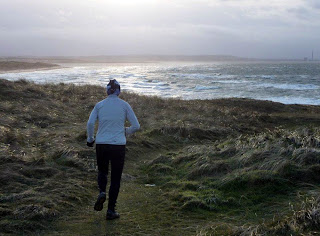 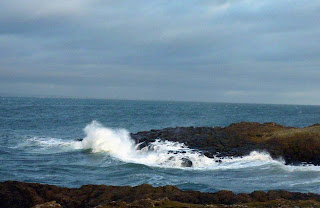 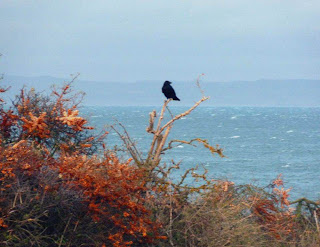 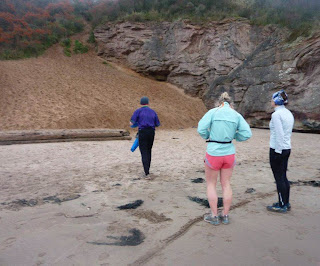 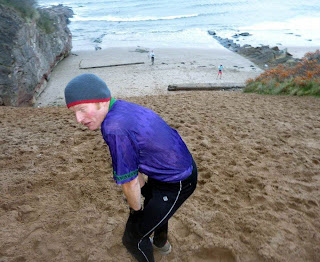 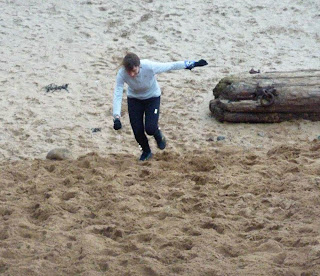 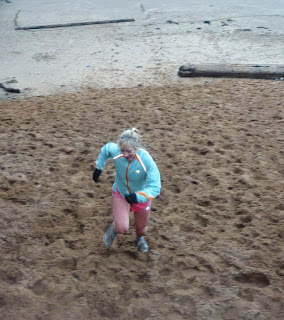 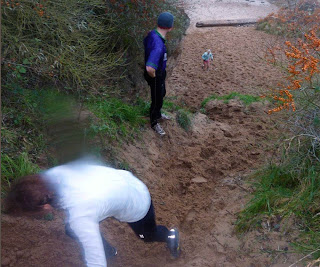 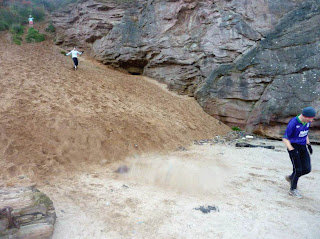 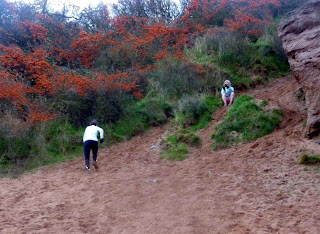 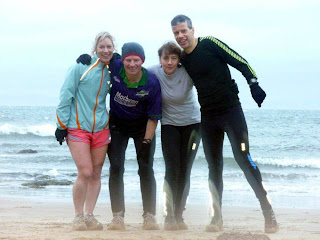 On top of his usual Boxing Day run Graham Henry had thrown down the gauntlet challenging the Facebook contingent of Portobello Runners to a Christmas Eve run. What would it consist of? Nobody knew. We were up and about and were going to go out anyway so a trip along the coast to Gullane seemed a good idea. We intended to arrive early and get a run in along the coast but weren't that early so only managed 2 miles until we had to be back at Gullane Car park for "registration". Registration consisted of my chatting to Kathy in the car while Graham and Peter chatted outside. Then we were ushered along the beach by Graham and introduced to the challenge.

We had kind of thought it might involve running up the big steep sandy bit. We knew this bit of the beach from climbing days when we went along there to boulder with the idea that the sand would be nice and soft to land in. The bouldering isn't that easy though so we never made a habit of it.

Graham had us running reps up the sand, 1st up to the grassy bit and then all the way. Some of the sand wasn't too bad - where there were already footprints in it and it was stamped down, but right at the top it was deep and sinky and steep and impossible. We all just did as many as we felt like, with Graham and Peter doing a good few and Kathy and I choosing to do less. I was already thinking ahead to Boxing Day in the Pentlands and its already going to be trauma enough without a case of killer DOMs on top.

It would make a very good club training session. One summer evening...

After that we went a run along the beach and dunes and then back up through the forest and along the little twisty trails behind the dunes. Its great fun running there. As Peter and Graham were out front we weren't even having to think about where we were going. Kathy filled me in on recent events.

Great day. Loving this "warm" spell. The wind was pretty harsh but this time last year it was a hassle getting out anywhere to run. As Graham would say Vive Ecosse ya Bass. Oh the R. Mackintosh turned out to be Rowntree not Rennie. The 3 piece suite turned out to be 3 sweets. I got a Snickers Bar, Peter got a can of Pilsner (that's a man's sweet) and Kathy got a box of Jelly-babies.
Posted by Yak Hunter at 18:55