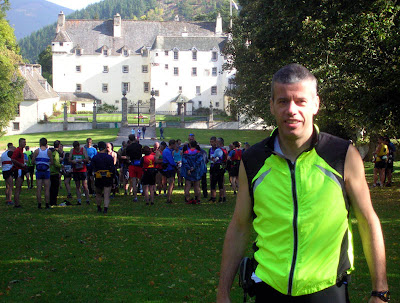 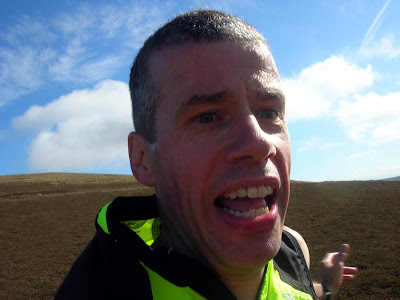 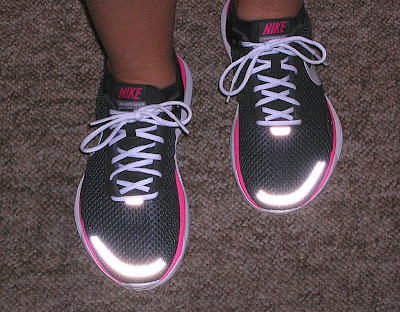 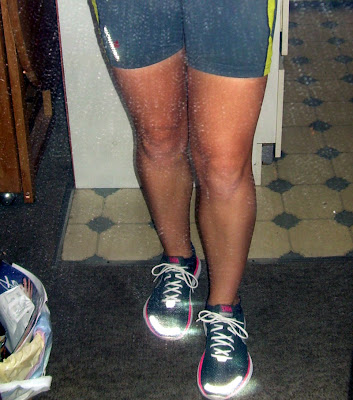 Another new pair of Nikes; this time the lunar trainer. I wasn't drawn to their jelly mould looks but they were on sale and I'd read some good things about them. I took them out for a spin round Arthur's Seat this evening on what could have been slightly sore feet from running 10 miles yesterday but they felt great. My only complaint is they make a "spodge, spodge, spodge" sound as I run along.
This made me think about my first ever pair of Nikes, which I bought circa 1993. They were orange. At £40 they were the single most expensive item of clothing I'd ever bought for myself and I hesitated long in the shop before I bought them.
Since I'd been running in some old pair of trainers I'd had for years these were a delight to wear and I felt pride every time I pulled them on.
I know that at the moment it is popular to think that Nike is the axis of evil and tiny children lose their sight sewing the shoes by hand all day in poor lighting for £7.50 a year, and that they've actually injured thousands of runners with their cushy running shoes, but for me Nike is embedded in my running like Bob Glover's running books were. They got me started and kept me going and I've only been injured properly once for about 6 weeks in 2004.
On another note, tapering for the marathon is taking on some interesting twists and turns. I've just done my highest mileage week in three months! Oops! Feel fine though.
Peter decided that what he needed to set himself up for a good marathon was to do the 2 breweries today. 3 and a half hours of hill running was just what he needed.
Now we're both messing about on computers and have not even had our tea yet! Better get moving, stretch etc..
Posted by Yak Hunter at 21:01 2 comments: 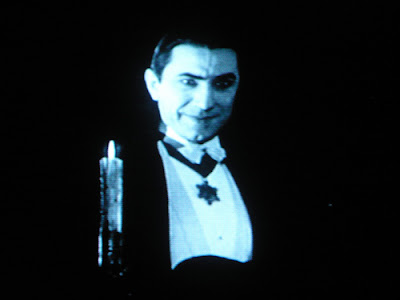 After waiting for delivery men all day and messing about with computers I finally got out running just after 6.30pm. There was a strongish SW wind so I thought I'd head 5 miles up the Water of Leith then turn around for a brisk 10 miler. What I hadn't taken into account was that it was Friday evening and that it was soon to be getting dark. It was an added incentive to pick up the pace as I realised that it was dark under the trees and was going to be even darker on the way back.
And yet it was nicely atmospheric. The sky was a warm purple colour and the lights of the streets and houses glinted through the trees and were reflected in the river.
I started to see odd characters, strolling along in the dark. At one point I had slowed for some time because I couldn't see the ground at all and then was stuck behind two people walking side by side. "Excuse me" I said and a tall thin man with a long nose and a soft Cockney accent said "Forgive me my lamb!" He seemed to be wearing long thin over-size shoes which pressed momentarily into the side of my leg as I passed. "I'd trip you into the river as soon as look at you" I imagined him saying as I picked up the pace again sightless or no.
Under the Dean Bridge and down into Stockbridge the trees were creaking and branches touched my face as I passed. It was pretty much total darkness now so I had to take it easy even though I didn't want to.
All in all quite a good race...a race with the dark! Might do it again.
Posted by Yak Hunter at 21:48 No comments:

Getting excited about the marathon...

Made a little movie to remind me I'm a runner. It needs tweaked but I'm too tired. Way past my bedtime.

Not the Stirling 10K 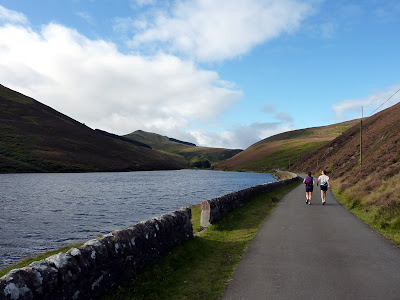 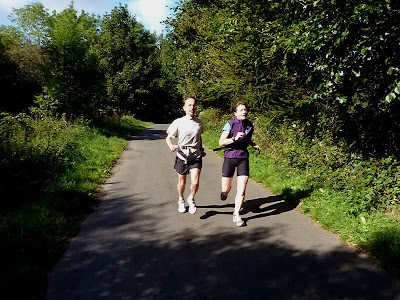 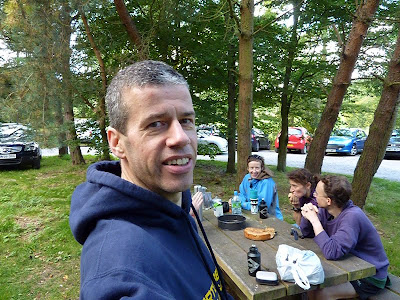 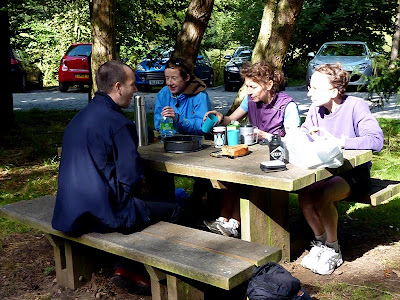 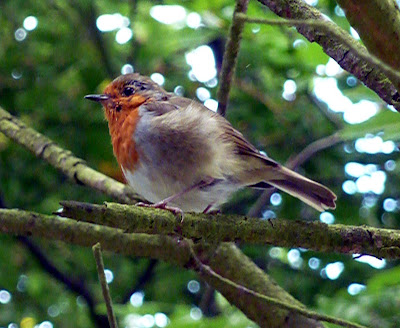 No posts for a little while. I have been getting hooked to facebook, but am getting over that now. Some things are good, like chatting to people and seeing photos and I'm a permanent fan of Scrabble.
Did another long run of 20 miles at ho-hum speed last weekend but I was really tired before I even set out so I'm giving myself credit for even doing it. Should now be tapering but I'm feeling I never really peaked! Lowest ever mileage for a marathon - I checked back and that's ever, ever, ever...
Anyway, Peter fancied a 10K as he's been going unreasonably well so he signed us up for Stirling 10K today. We both took it easy running wise yesterday and got to bed reasonably early - but then both slept in. None-the-less we were ready to go pretty much in time but when I got out to the car one of the brakes had seized to the wheel. I guess this has been threatening to happen for a while...looking back on it. A man with a LANDON! accent was out in the street and said we should hit the wheel with a hammer - which we did, but it stayed stuck on. Bollocks.
We phoned around to see if we could cadge a last minute lift but other Porties were already in Falkirk. Peter was sad to miss the race and I was more worried about the car. We rang our friends Richard and Amanda and Richard came and rescued us and took us to the Pentlands for a low-level 12 miler. Amanda and Scott brought a picnic and met us in the carpark afterwards. We had half thought about going swimming in Threipmuir in our wetsuits, but no-one else wanted to and once I'd cooled down neither did I. Coffee and apple-cake a la Amanda improved the day.
A fat little Robin came and sat very close but wouldn't make actual contact despite cake bribes.
Posted by Yak Hunter at 15:05 1 comment: 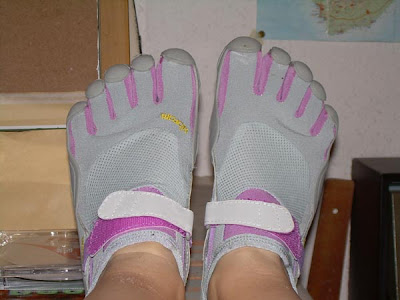 It was a warm, rainy and blowy day and after vacillating all day yesterday about going for a run and going a small one at night I was somehow in better fettle today and decided I'd go and see how the Water of Leith was looking and run maybe 12 miles. How I make these decisions I don't know, it just seemed about right. I did think about taking the camera because how can I illustrate my runs? but I hoped to push the pace a bit at some point and it was chucking it down so decided against it.
Which was a pity because the WOL is swollen and black and the shrubs, bushes and trees have all gone crazy since the last time I was up there. I barely recognised some of it because it was so overgrown and the Garmin did very well to keep a signal as there was more greenery overhead than I ever remember there being.
Legs were a bit stiff but I just set off at any old pace and after 3 miles was starting to feel okay. Decided rather than an out and back I'd make it a round trip and go back across town beside the canal, cross the meadows and then head home via Arthur's Seat. At the canal I thought as a nod to the up and coming marathon that I should try and do a few miles at "marathon pace" (which was sub 8min pace but I think its unlikely that this is this coming marathon pace, - it is last marathon pace...) So I did 3 miles sub 8 but the machinery was creaking a lot!
All-in-all a good run but I got a bit dehydrated as didn't drink before or take anything to drink. (Saw 2 dogs licking the water off some big green leaves and was tempted to join in.) 12.3 miles in 1hr 50mins.
So what of monkey feet? These are my new vibram 5 finger shoes which are going to revolutionise my running. I'll be streaking along like Zola Budd in no time. For now however I have only used them to scare various delivery men and meter readers. "Why did you choose the one's that look like zombie's feet?" enquired Peter. I dunno, I thought it'd make a change from black. They do look a bit like a dead person's feet except with athlete's foot between every toe.
Posted by Yak Hunter at 16:30 4 comments: 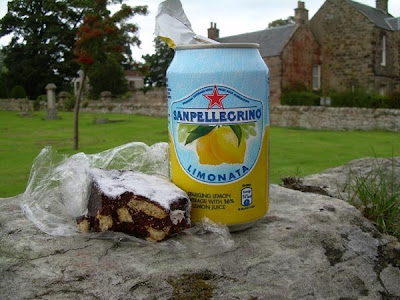 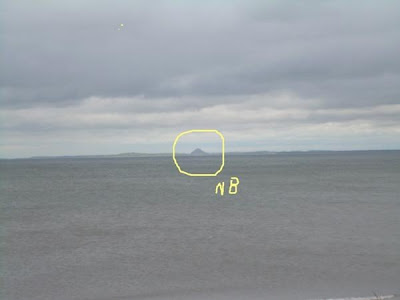 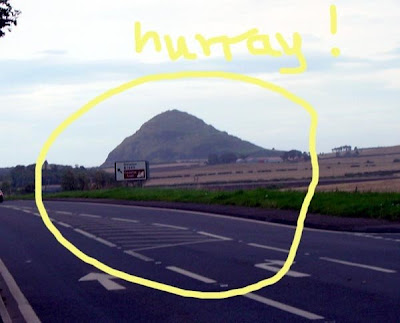 Shamefully decided to DNS the Ben as the forecast said days of rain. Not just the race itself in the rain but the night before kicking our heels in the Fort as the locals knock chunks out of each other. I've been to Fort William for manys a wet race now and it does get old...
And the tension between hill racing and marathon training has been building for some time. My original plan was to do a long run on Thursday and then do the Ben (badly) on Saturday. Then the rain set in and my long run would have to be all in the rain, while the forecast for Saturday here was dryish, and the forecast for Saturday at Fort Bill - you've guessed it. So I could run badly in the rain on Saturday or I could do a pleasanter long run here...and meantime Peter's enthusiasms were dampened...and Ben, having just done the CCC didn't wanna....not a good showing for Porty today I think...
So I set off before Peter was up in case he attempted to come with me because it doesn't matter how many times I tell him that him springing along beside me talking incessantly is a BUMMER as far as long running goes, he doesn't seem to get it. I need to focus and I need to let my head drift. And he continually looks like he's going under the next car so I can't relax
The weather said 20 mph SW winds and some light rain and that was about right. I wore a t-shirt and a Montane marathon jacket - that felt a little too warm for a while but when I took it off I got chilly so back on it went.
The first few miles went by easily as usual and I didn't try to regulate my pace but just ran comfortably and was bringing in about 8.48 pace. I deliberately didn't set myself any goal paces or check the times of the trains back from NB because I didn't want it to be stressful. Recently I have been hating my long runs and setting slow times and I need to somehow get out of that.
By Gullane (c.18 miles) I was starting to feel pretty bad and very achy. I made the decision to stop and get something to eat and drink. I had a bottle of ISO carbohydrate drink which was fine as a drink but didn't seem to make much impact as far as fuelling goes. I stopped at a v. posh delicattesen and got the nicest Italian lemonade which was fizzy but not too fizzy and very lemony and not too sweet, and also a chocolate, marshmallow thing which was superb. They were so nice I had to take a photo of them.
They also sorted me out. After some initial mild discomfort from eating on the run I was suddenly feeling a whole lot better and realised I was going to take the last few miles in my stride! It felt good passing all the familiar landmarks of the E2NB race but relaxed and relatively comfortable. Psychologically it felt really good to finish a long run without cutting it short and feeling okay. Makes me think some of my recent slump may be a fuelling issue.
At the foot of the road up to the train station it was 22.4 miles which I'd done in 3hrs 26 mins. and I caught the train with 3 minutes to spare.
Next thing; I've ordered a pair of VFF KSOs! Hope they are the right size. I want to give this barefoot running thing a go...
Posted by Yak Hunter at 20:48 No comments: