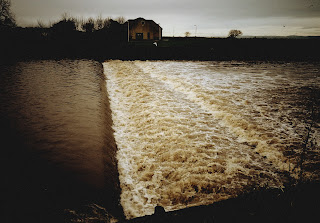 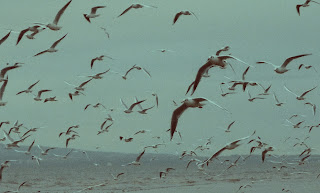 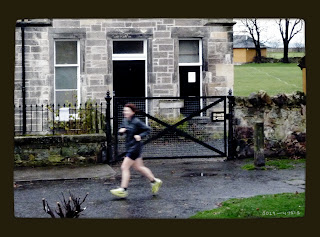 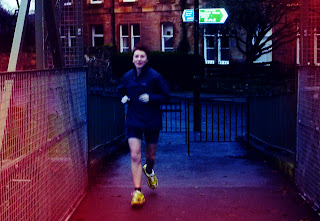 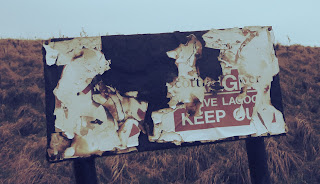 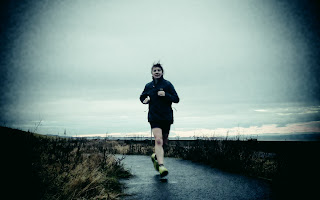 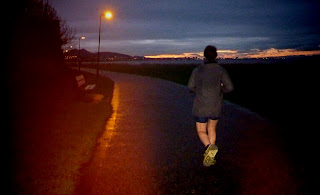 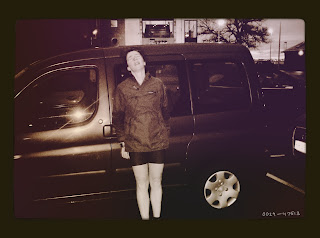 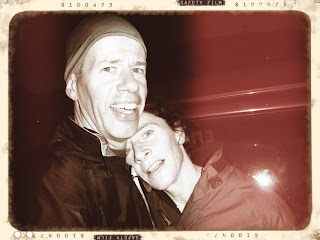 Friday was a run round Granton in the dark and rain. I promised myself I'd at least make an effort to get out in the light in future. It was a dreary run, I was starving and I was just glad to get home.
Yesterday was a nice day but we were doing race stuff and a run was out of the question during the day. Not much point going out at night.

Today the weather was just what the met office had been promising, cold, solemn and wet. We put off the inevitable as long as possible and then, unable to think of anywhere inspiring to go we agreed we'd drive to Musselburgh and do two 5 mile loops round the lagoons.

It seemed we'd timed it well as the last of the rain fell as we were en route there and it was pretty much dry while we were out. In order to get myself out at all I'd opted for wearing my buffalo shirty thing. I knew it would be too warm really - its too warm in the snow, but putting it on was the only way I could tear myself away from the heater. I'd have put off running until tomorrow but it looks set to be exactly the same again.

As happens with running, the first mile was a bit rubbish - but then it got better. There was diversion in the form of spaniels and owners, puddles to avoid, the Esk in spate, there was even a little lightening in the sky. For the 2nd loop I threw my gloves and buff in the car and if I could have taken off a layer I would have but it wasn't an option.
So, 10 and a bit miles done and it was just nearly dark as we finished.

I missed a few whole day's light last week and I think I'm feeling it already - that horrible winter lethargy thing. I'm not a fan of cold and damp either. Is this a blog or just a bit of a moan? Hmmm, a bit of a moan I think.

Photos taken and then jazzed up by PB.
Posted by Yak Hunter at 19:22 1 comment:


Water of Leith 2012 results in order of finishing time;