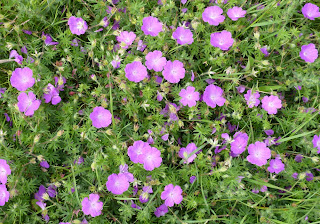 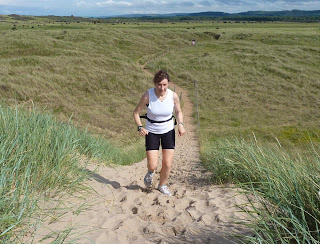 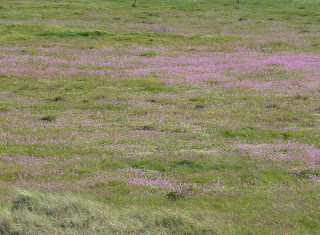 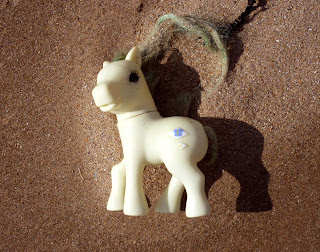 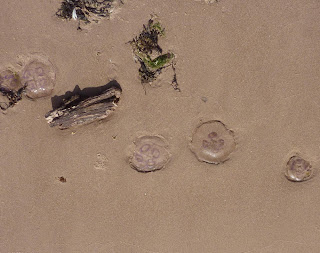 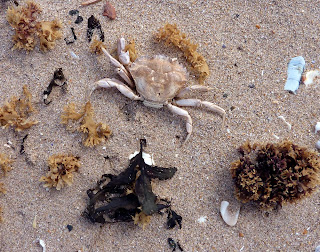 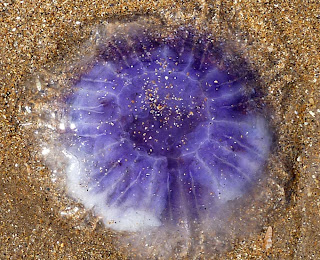 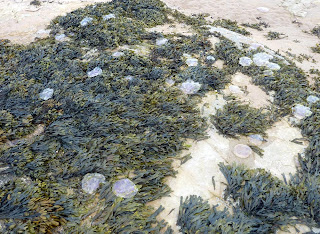 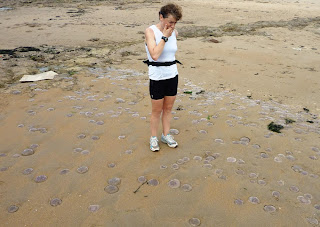 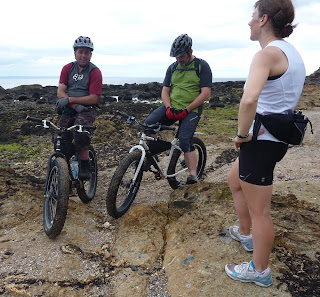 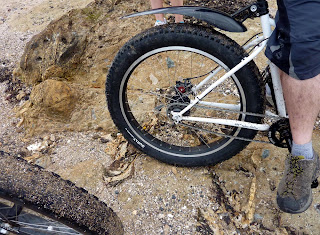 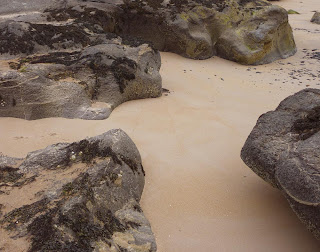 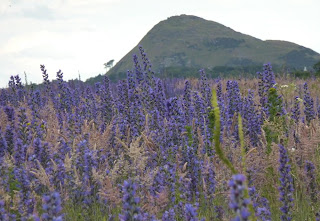 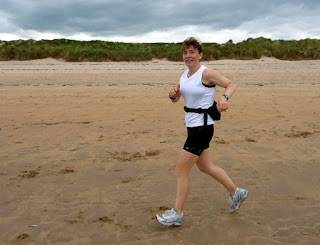 One of the great things about running down the coast is seeing what the sea has thrown up on the shore for you.
Yesterday it was My Little Pony, CoastRider and an embarrassment of jellyfish.
At first we saw only lone jellies, like itinerant eyeballs staring up from the sand. But further along the shore there were obscene quantities of them, stranded and drying. I thought briefly about a rescue mission involving a shovel and a wheelbarrow but having neither had to move on. Maybe jellyfish are fine waiting for the tide to come back in. What do I know?

Further along we saw two blokes on bikes on the beach. We assumed they were poor fools out wrecking their nice bicycles, but as we got closer we realised that they maybe knew what they were doing. Specially adapted for the shore the bikes had super-fat tyres and some other technical adaptations that went over my head. Something new to want. It does seem to make sense to find more ways to use the shores given that we're surrounded by them. Mr Coastrider gave us a demo and cycled over weedy boulders and pebbles with ease. He said it was really good on the hardpack snow going over the Lammermuirs in the winter as well.

Neither of us were feeling all that lively for some reason so we just knocked out the miles slowly. 19 miles in all (we started at Prestonpans). The furthest, though not the longest, we've gone since Cape Wrath.
Posted by Yak Hunter at 14:03

Hi, nice to meet you both on Sunday!, turns out its a small world, on June 19th you posted a pic with Ian Campbell, my sisters partner! -:)

Ha! Amazing. I know Ian from lots of races and he's great fun (as I'm sure you know). We really enjoyed meeting you and seeing the bikes. I will follow your blog and see what you get up to next...we've both got the envy for bikes with big fat tyres!