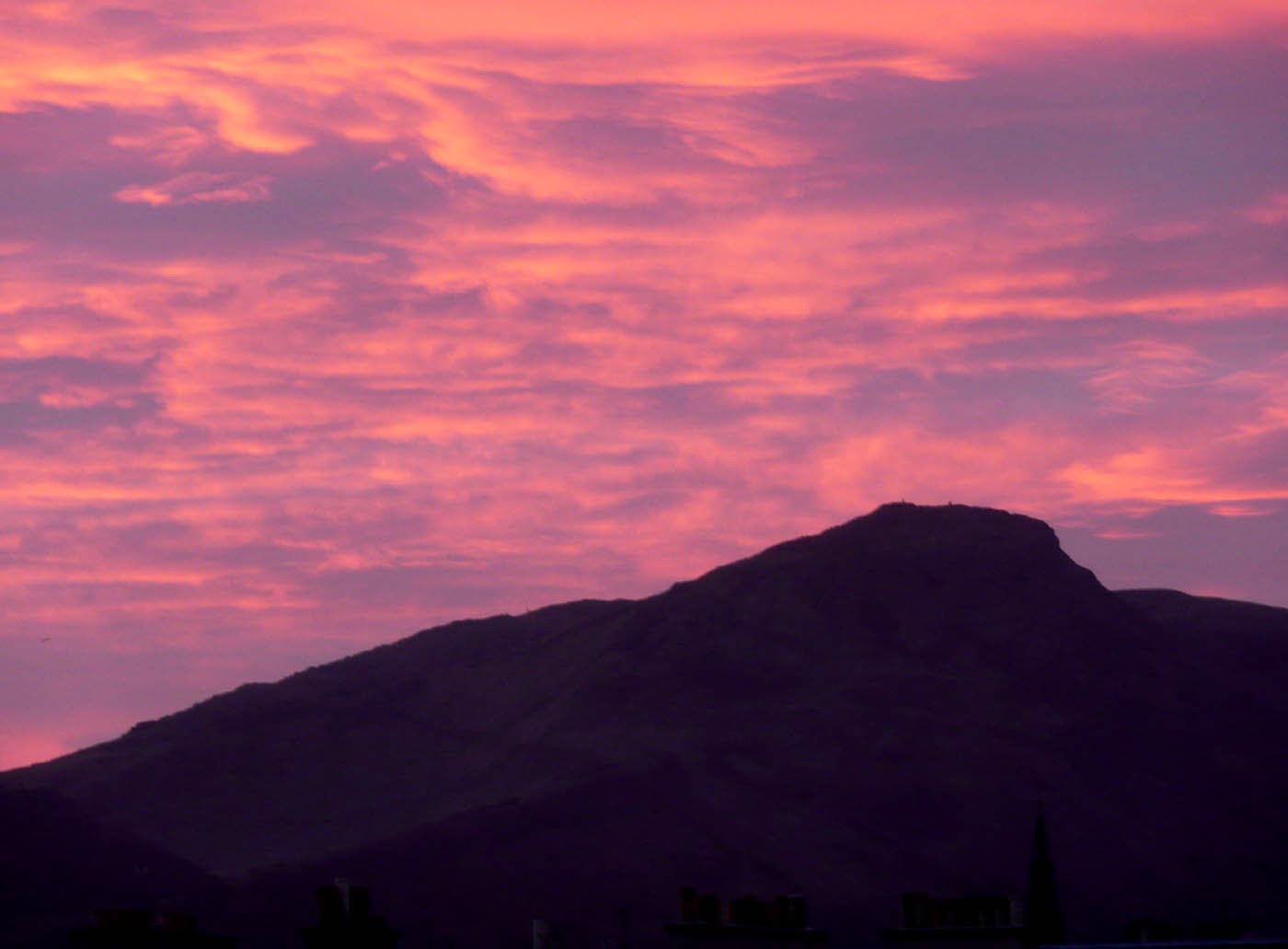 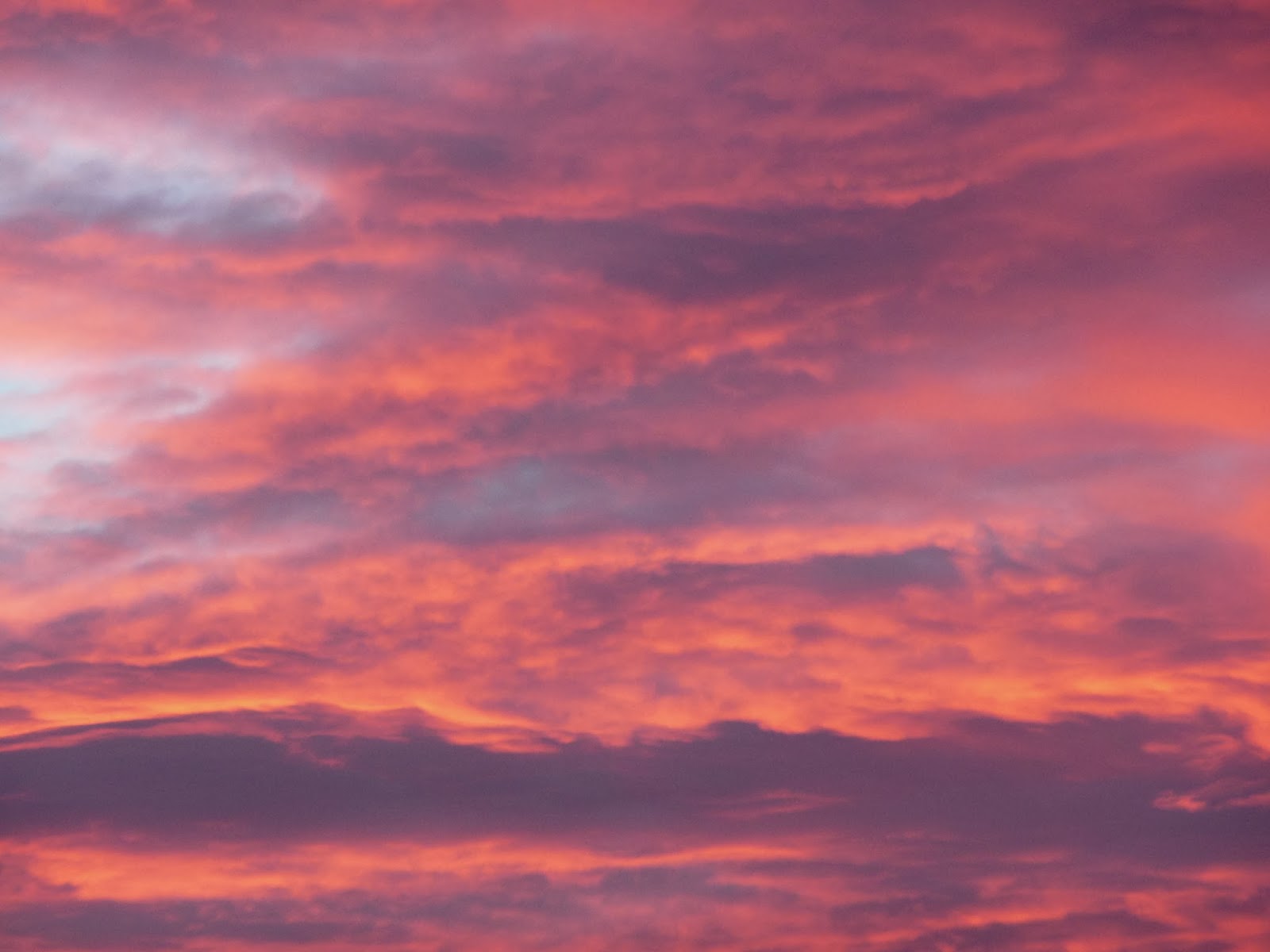 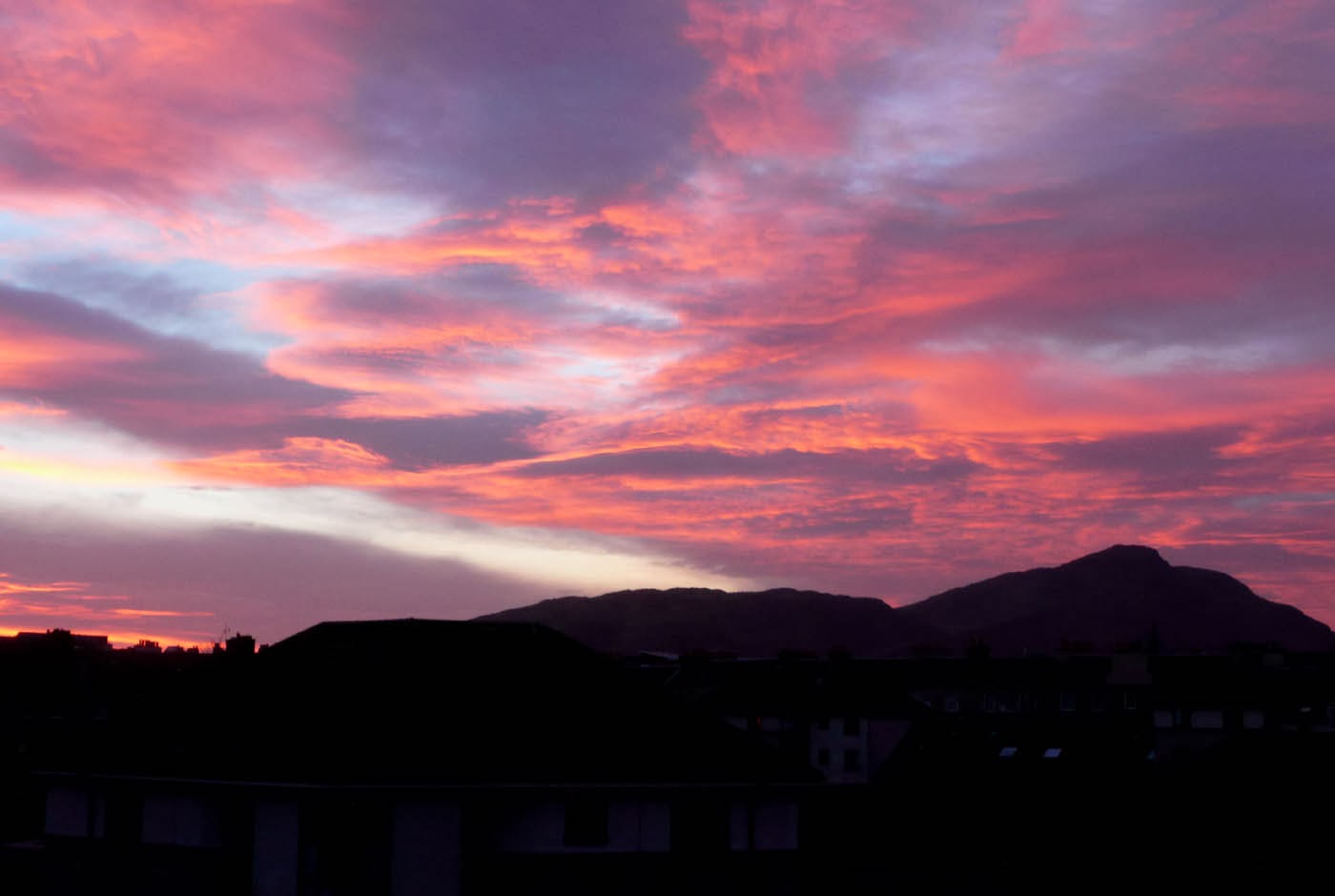 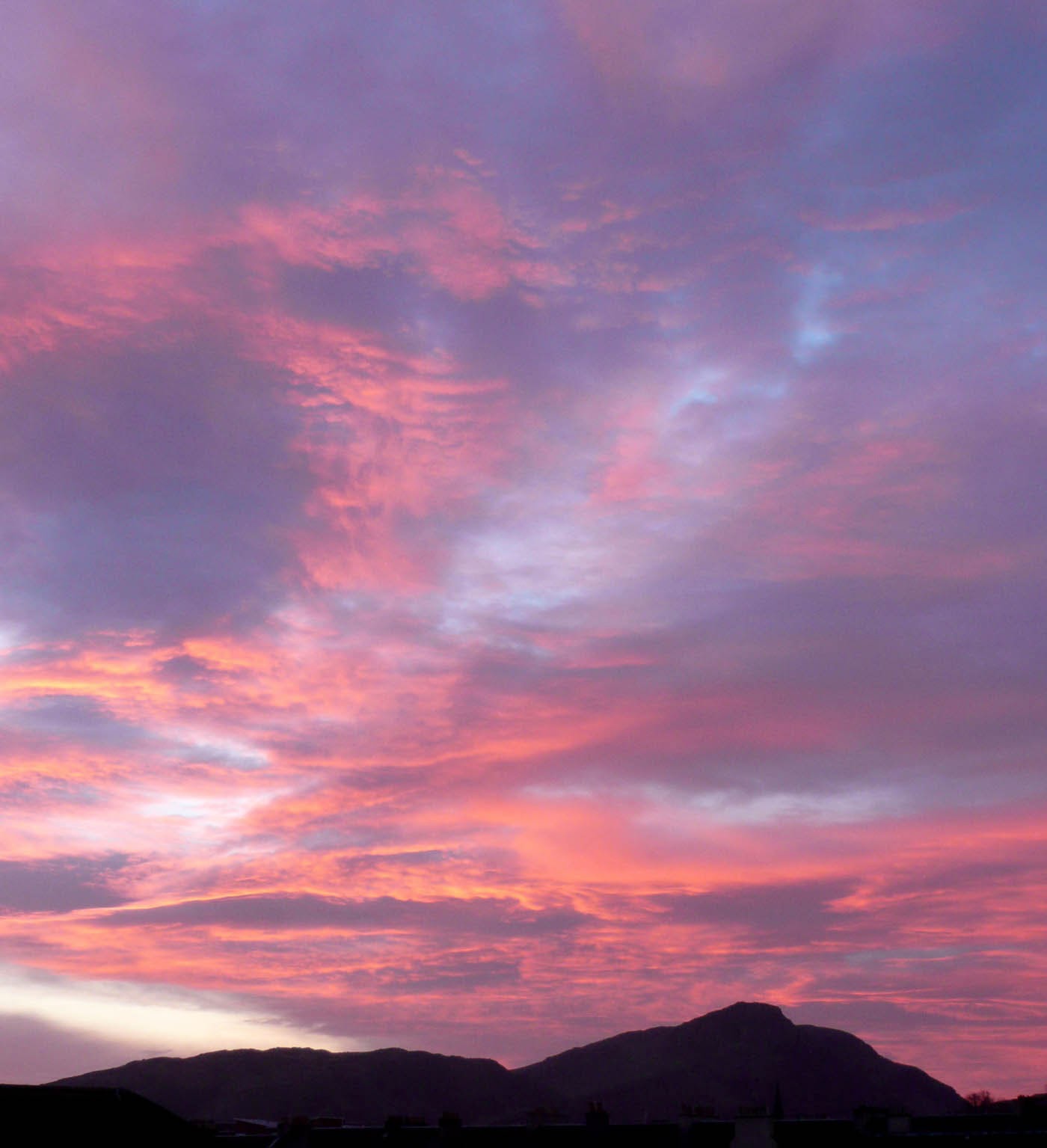 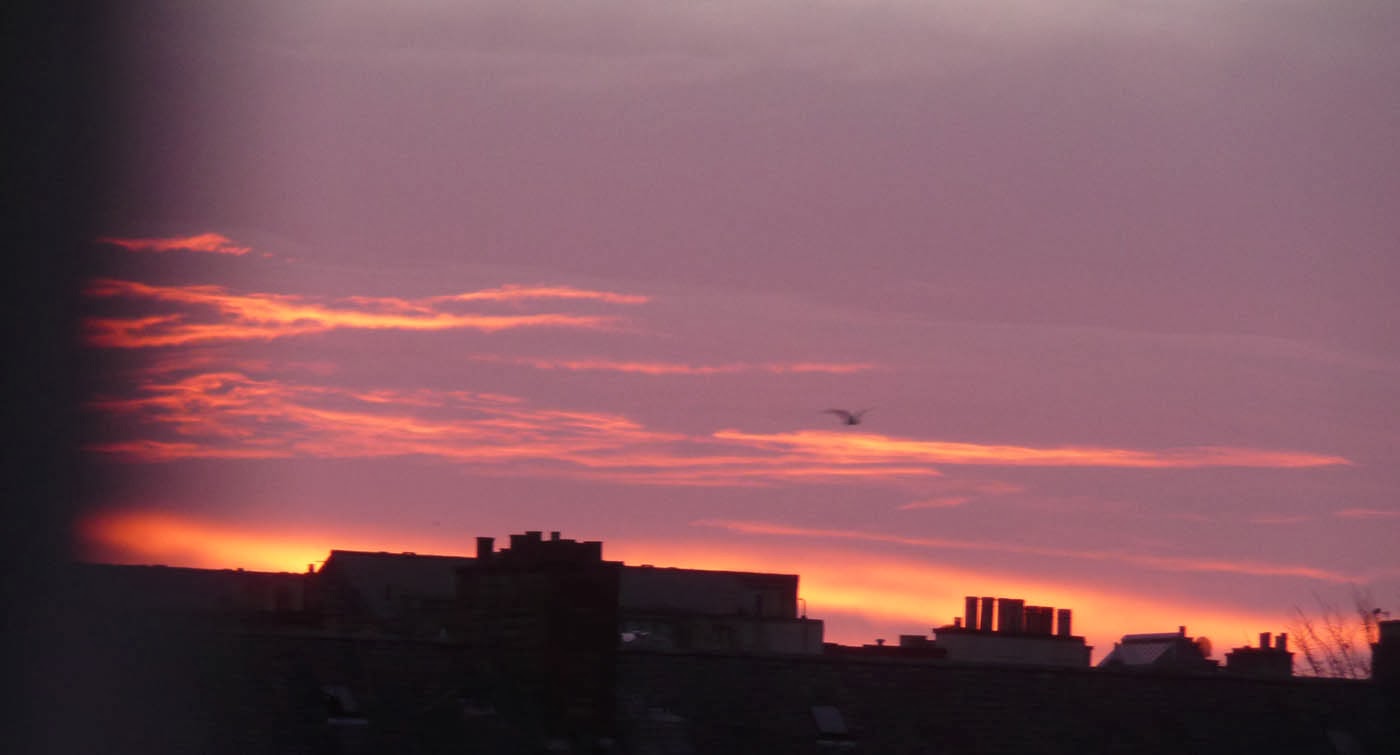 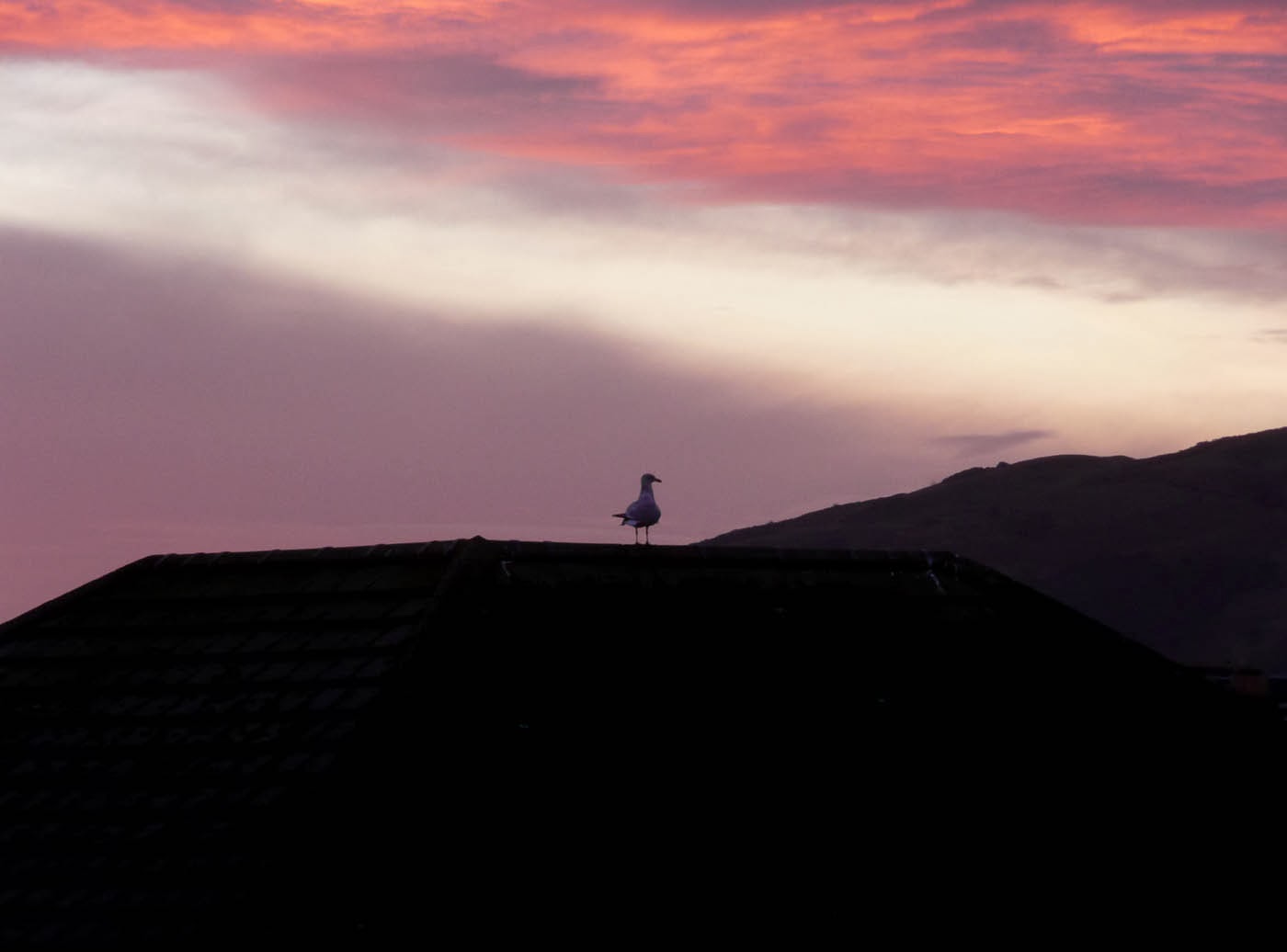 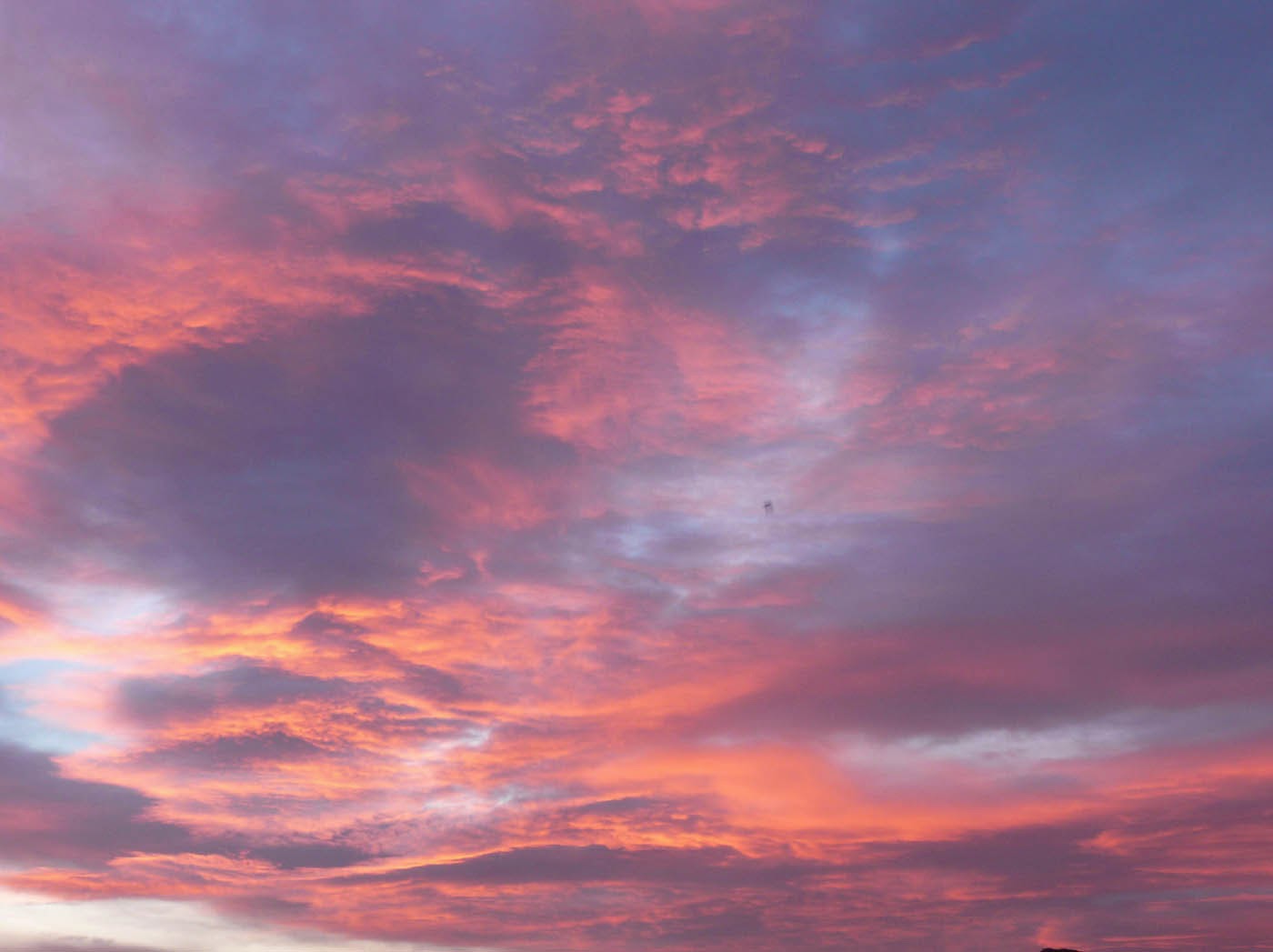 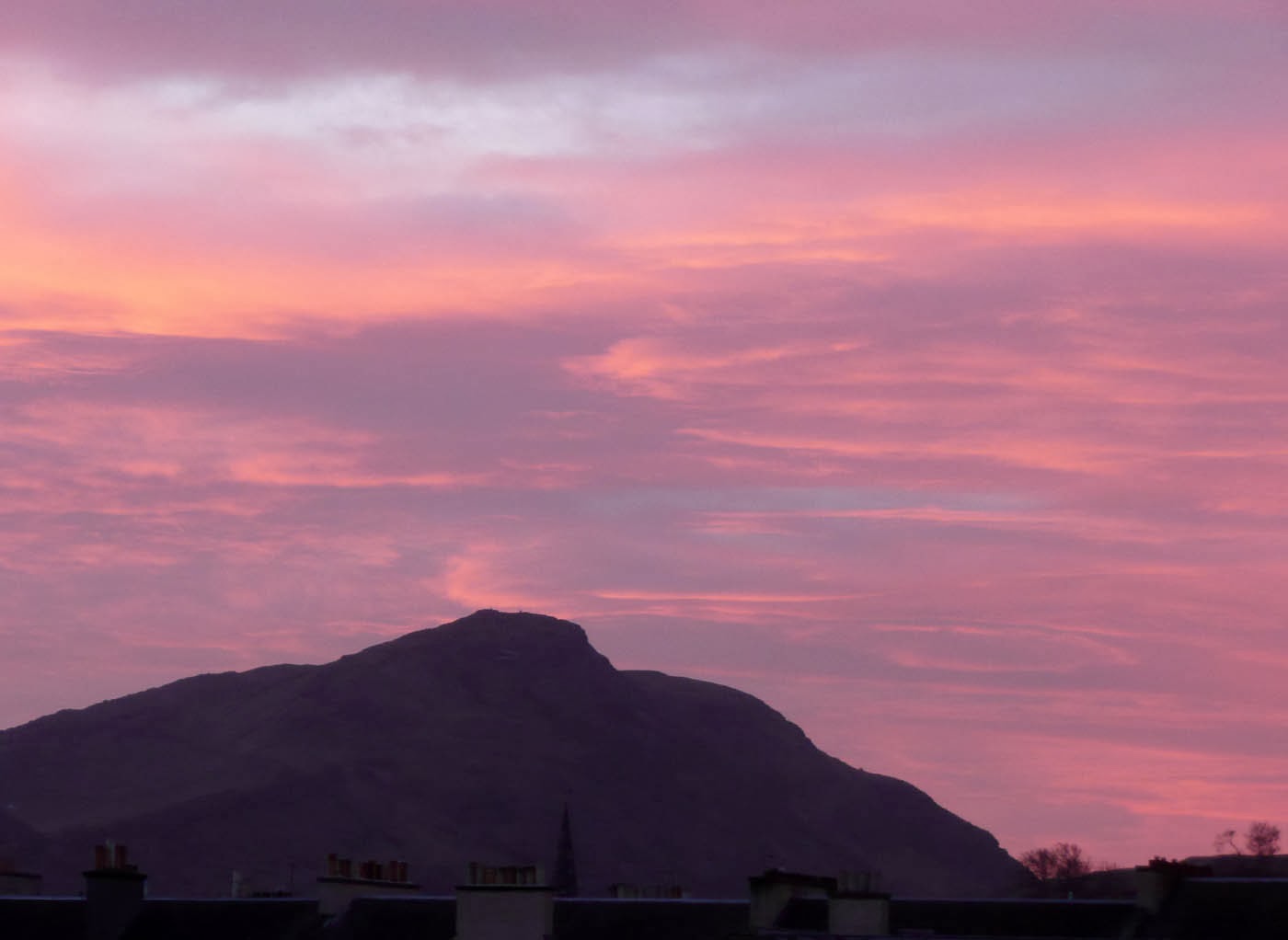 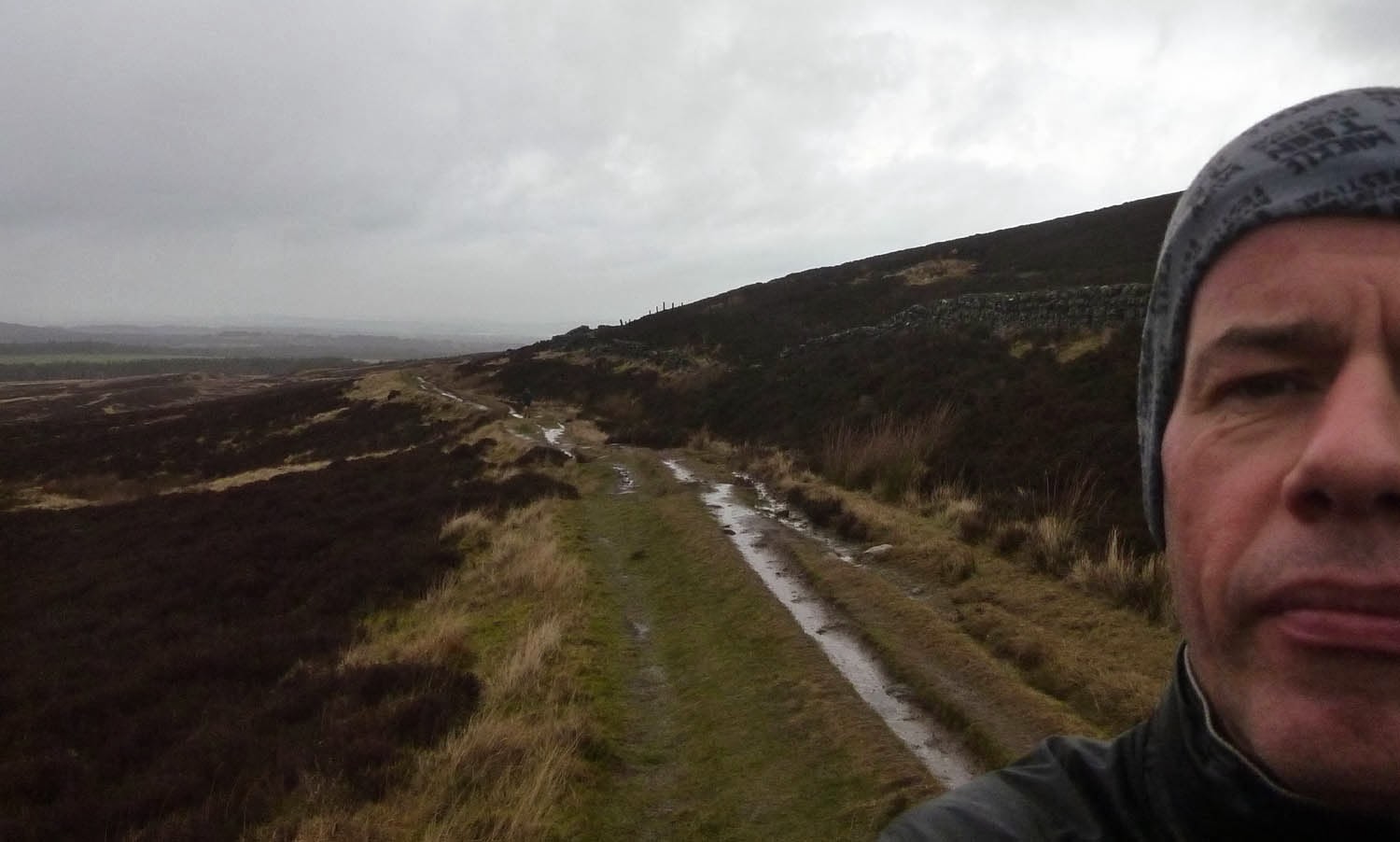 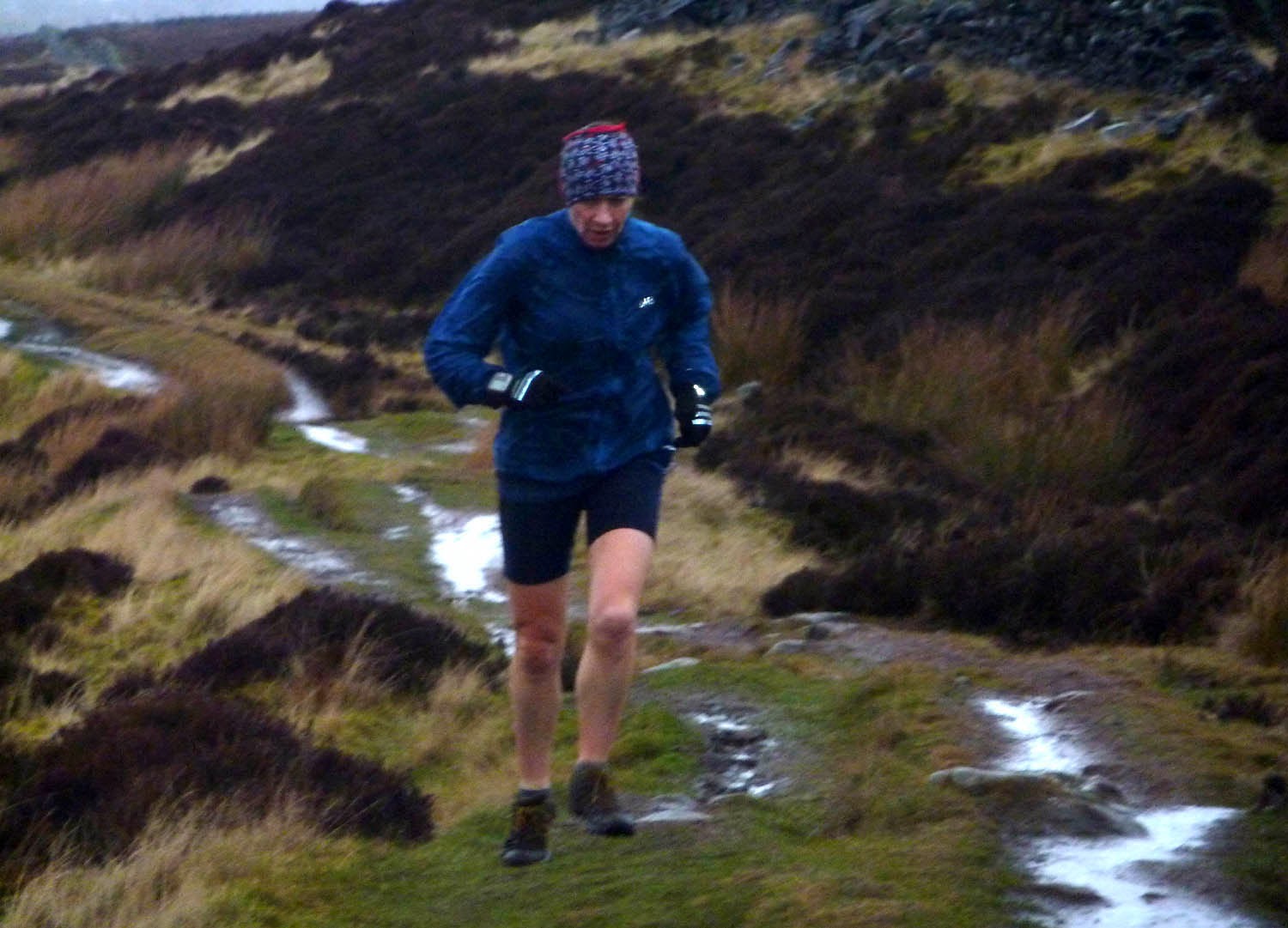 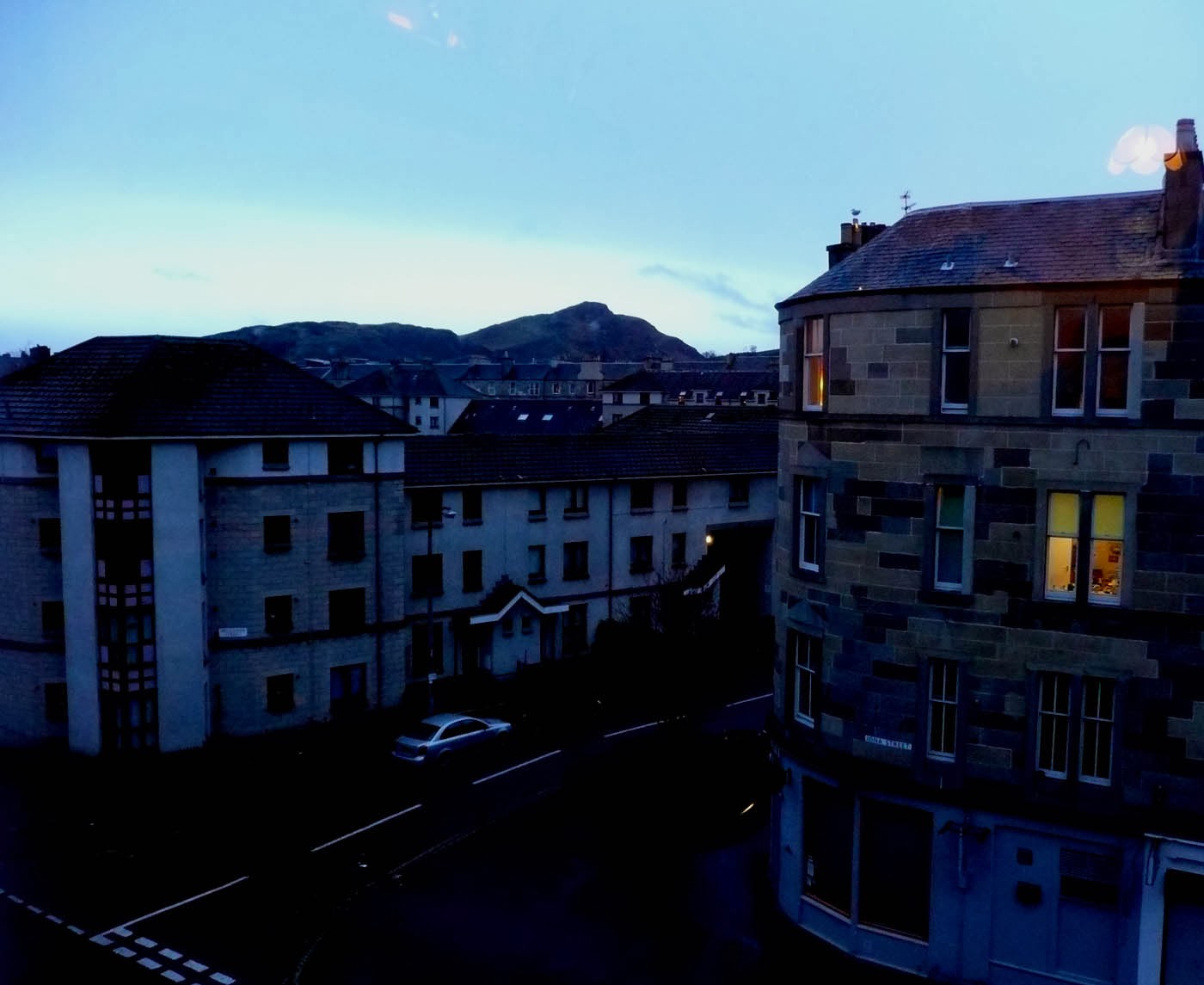 There was a fabulous sunrise on the 21st, making me gawp out the window when I should have been leaving for work again. Happily, little by little, dawn is coming earlier and I might start to get out the door in time.

It was one big portion of shepherd's warning and I'm holding it responsible for the weather this weekend. I should never have said out loud that I was going to do a hill run every weekend until the Carnethy 5. The weather Gods have got wind of it and are having a game with me.

Last weekend's weather in the Pentlands was pretty forbidding and the weather forecast for this Saturday was not good so I thought a shorter, lighter, quicker run was what was called for. No rucksacks or things to carry but head alpine style into the hills. My rough plan was to go in from the Balerno end, up the Drove Road, do West Kip, East Kip, Scald Law, down to the Howe and then the long trawl up Carnethy as featured in the Carnethy 5 - then back either through the hills if we were still fit, or down between the hills if we were not, to the car.

There seemed to be a weather window if we could get out there  earlyish - and get out there we did but by the time we were arriving at the car park the wind was blowing and the rain was lashing down. I started out quite cosy and was pleased with my Montane H2O jacket, which I have hardly ever worn. It's more for kit checks. It kept me dry for the first mile or two up into the hills although the wind whipping rain into my face was less comfortable. I lost the feeling in half my face and reflected - not for the first time - that it's a pity I couldn't get the dental work I'm needing done there and then, thus avoiding the need for needles.

By the time we were going up West Kip though an absolute deluge was tipping out the sky and being blown straight through our clothes by a freezing wind. I could feel little torrents of water leaking right down under my clothes. A sensation usually reserved for going in the sea in a wet suit.

By East Kip Buchanan was starting to crack so we headed down off the hill and ditched our itinerary. The chase back through what Graham Henry calls the coffin road was fairly desperate. The trail was running with water. The wind was inexplicably back in our faces. My legs seemed strangely detached from my body and my head and hands were numb.

It took most of the drive back home with the heater on full to stop shivering.

So today I still felt I had some work to do. The forecast was just as bad so I thought I'd stay lower and go round Arthur's Seat, throwing in some hill reps at the far-side before trotting home. The wind was pretty wild but it wasn't raining much and I met a couple of friends just as I was heading up the hill, which was cheering.

At the far side I devised a pyramid session based on drain covers. There was a drain cover at roughly 80 paces, one at 140 paces and one at 260 paces, all measured from the rough bit of grass at the bottom of the slope that comes down, below the crags, from the Commonwealth Pool side  of the seat.

I started off running to the nearest one and back, and then to the middle one and back, and then away up to the top one, and slowly back down. I was careful not to overdo it, as I really didn't want to put myself off! The whole thing seemed quite unappealing. Consequently the second last one to the middle cover and the last one to the nearest cover felt much easier and I did them much faster. Way to ease myself in.

I felt like I'd got off lightly and enjoyed the run back home.
Tomorrow I really do have to go to the dentist.
Maybe I should numb my face first.